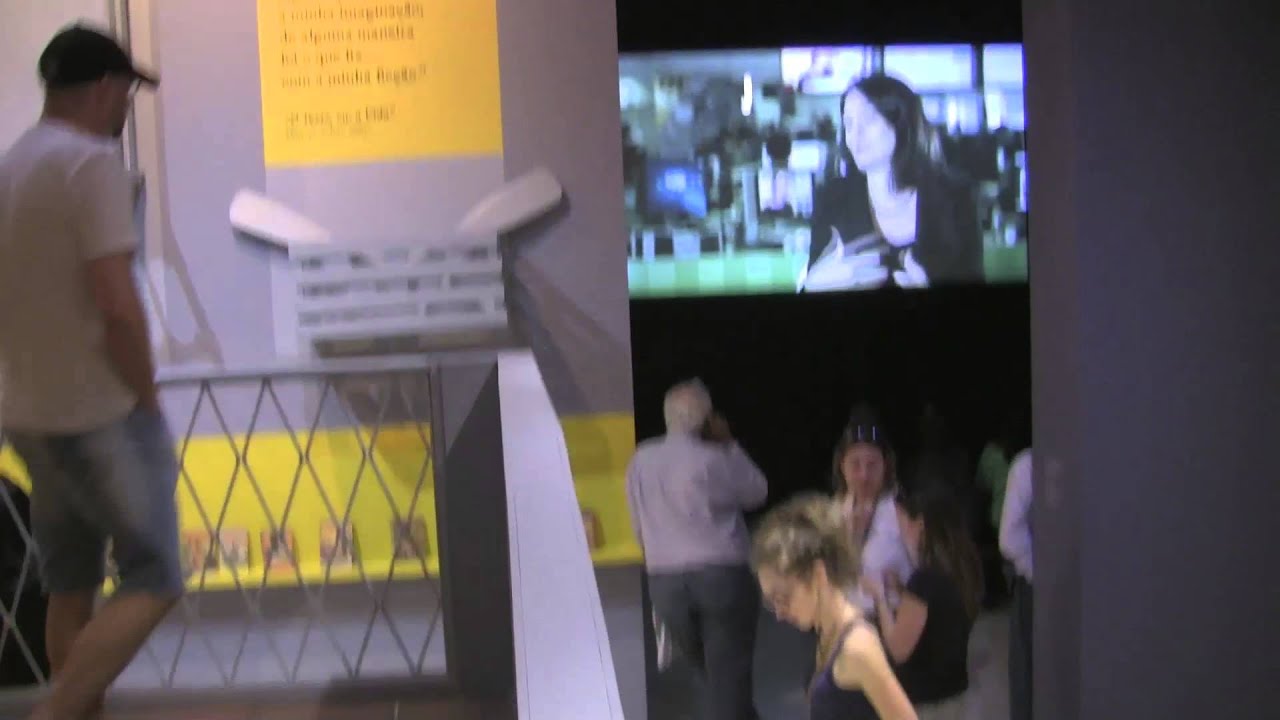 Held at Santander Cultural from September 16 to November 16 2014, the exhibition portrayed the life and work of Porto Alegre writer and doctor MoacyrScliar (1937 – 2011), highlighting the multiple professional and artistic activities of the author who was a member of the Brazilian Academy of Letters.

There were also several simultaneous activities, such as workshops, seminars, lectures, shorts and feature films inspired by the work of Scliar, dance and music shows and theater.

The exhibition received more than 103,700 visitors, including more than 11,000 students.

“A short corridor connects Bessarabia, region of the present Republic of Moldova (Eastern Europe), to the neighborhood of Bom Fim, in Porto Alegre. In the structure built in the building of Santander Cultural, in the capital of Rio Grande do Sul, the few steps between these two points, so distant in the real scale, synthesize the life and work of Moacyr Scliar. The writer is the theme of a great exhibition that begins today in Porto Alegre. Until November 16, the author’s vast work (novels, chronicles, short stories, children’s stories) will be unraveled in workshops, films, plays and dance shows.”
(Marco Rodrigo Almeida, FOLHA DE SÃO PAULO, 09/17/14)

“There are also documents, manuscripts, ditiloscripts and original photos, the typewriter, the graduation speech of the medical school, his robefrom the Brazilian Academy of Letters, the Jabuti statuettes, a statue of him as a basketball player. Who wants to read the books, just take one of the tablets and sit in one of the armchairs scattered throughout the exhibition – with them, you can also access the site dedicated to the author. The books written to children are there, on paper, to be handled by the kids. For the walls, reproductions of covers and texts of the author.”
(Maria Fernanda Rodrigues, O ESTADO DE SÃO PAULO, 09/16/14)

“Curated by filmmaker Carlos Gerbase, the exhibition reveals a bit of the author’s personal life and is divided into fundamental scenarios to understand his cultural background, as a recreation of the house where he lived in the neighborhood of Bom Fim, in Porto Alegre. Now, it is under negotiation to take the exhibition to other Brazilian cities, which would allow a greater number of people to immerse themselves in the life and work of one of the great Brazilian writers of the late twentieth century.”
(Daniel Solyszko, ISTO É MAGAZINE, 09/26/14)

“‘The idea was to do a different exhibition, which was warm and at the same time affectionate’, explains filmmaker Carlos Gerbase, who signs the curatorship of the exhibition.(…) Among the settings of the exhibition is the reproduction of the neighborhood of Bom Fim, where Scliar lived his entire life, and also the house where he grew up. The explanatory texts are reproduced from the author’s own work, he who defined himself as ‘a storyteller’.”
(Mônica Kanitz, METRO, 09/16/14)

“SENSATIONAL
One of the highlights of the exhibition on Moacyr Scliar opened yesterday at Santander Cultural is the Crossing – a covered walkway that represents the ocean voyage between Europe and Bom Fim. It even has sea scent, which is injected into the place by a special machine.”
(ZERO HORA, 09/17/14)

“With curatorship of Carlos Gerbase and literary consultant of Regina Zilberman, the project, carried out by Santander Cultural, presents the worlds of Scliar, member of the Brazilian Academy of Letters, winner of three Jabuti Awards and a Casa de Las Americas Prize.”
(Eduardo Bins Ely, JORNAL DO COMÉRCIO, 09/11/14)

“Divided into several scenarios, the visitor will be able to know the places where the writer lived in the neighborhood Bom fim, his childhood home and his manuscripts, as well as listen to excerpts from his books on videos and tablets.”
(CORREIO DO POVO, 09/17/14) 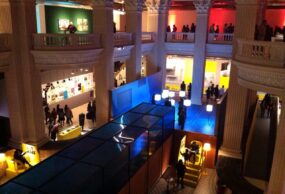 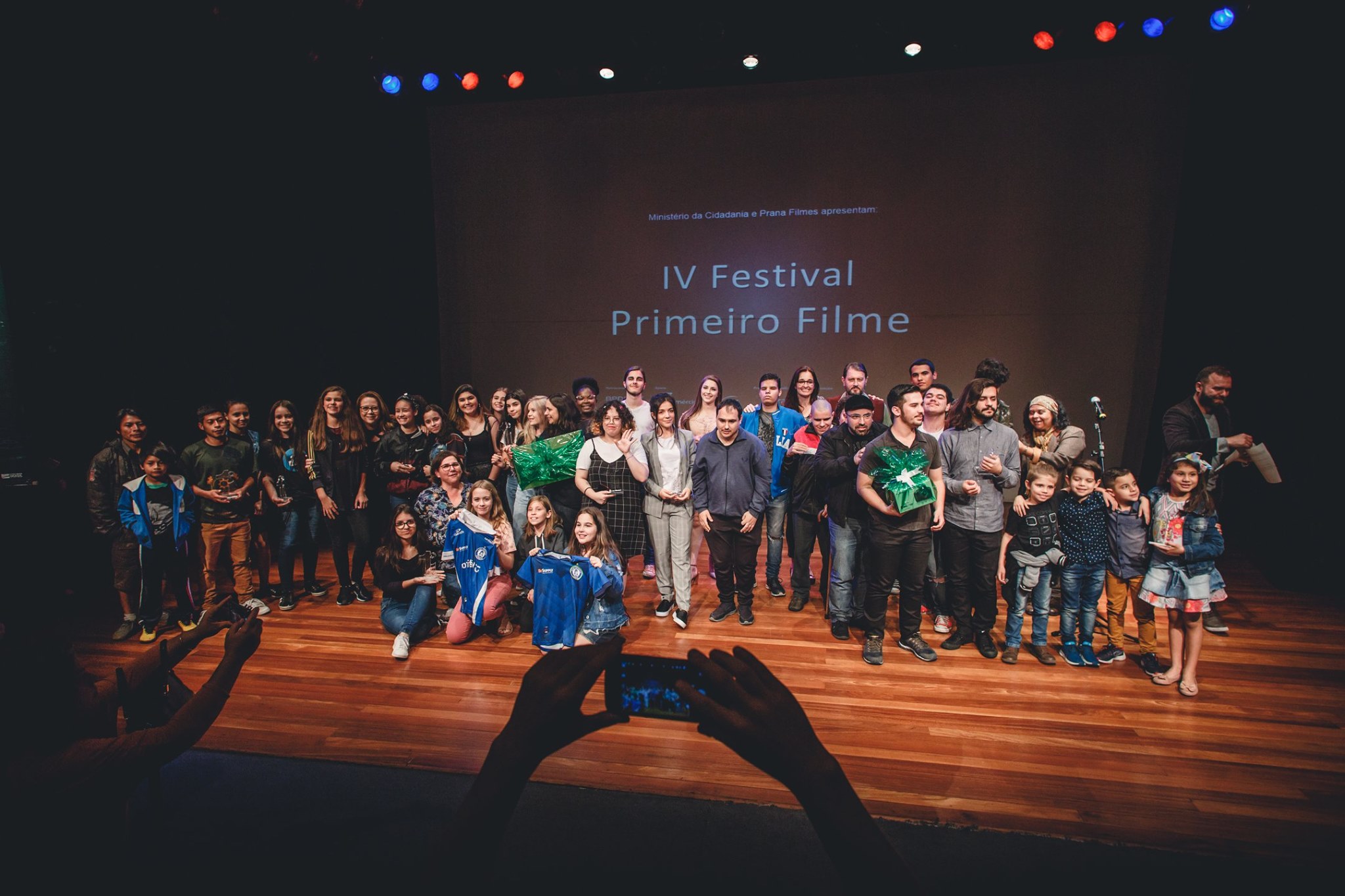 The Festival’s purpose is to screen and award the productions of students of the institutions that participate in the First Film Project. The goal is to award the group effort employed in each film – not just gratifying the best productions, but also schools located in vulnerable areas and productions by special needs persons, to […]

The First Film Project has as its main goal the creation of learning material, structures, and tools to teach film in high schools, and it is composed of specific aims, presented through three platforms: – Learning book about film technique and language – DVD – comes with the aforementioned book – with examples, exercises, and […]